My trip to Perhentian Island

I personally would recommend Tuna Bay Resort (http://www.tunabay.com.my ) and Cocohut Chalet ( http://www.perhentianislandcocohut.com/perhentianisland.html ). These resorts mostly cater for families and also for avid scuba divers. The northernmost, nicest bay is called Teluk Pauh and is where you will find the Perhentian Island Resort.  A walkway connects you to the main west coast beaches facing Perhentian Kecil, each with a cluster of resorts, dive centres and restaurants and separated by rocky headlands. The southern beach, Teluk Dalam has a wide curve of sand, a handful of resorts and is the quietest beach on this island.
At Perhentian Kecil accommodation is more geared towards the budget traveller and the backpacker scene, especially along the idyllic Long Beach (Pasir Panjang). A fifteen minute walk through the jungle takes you to Coral Bay (Teluk Aur), which is smaller and quieter, while also predominantly catering for budget travellers. The other resorts on this island occupy their own private beach coves and are priced in the budget or moderate category. There are also a few uninhabited, secluded beaches scattered around the island. 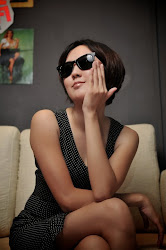 How Jonathan generated over $1,000,000 in revenue using Facebook Ads in just 10 months time